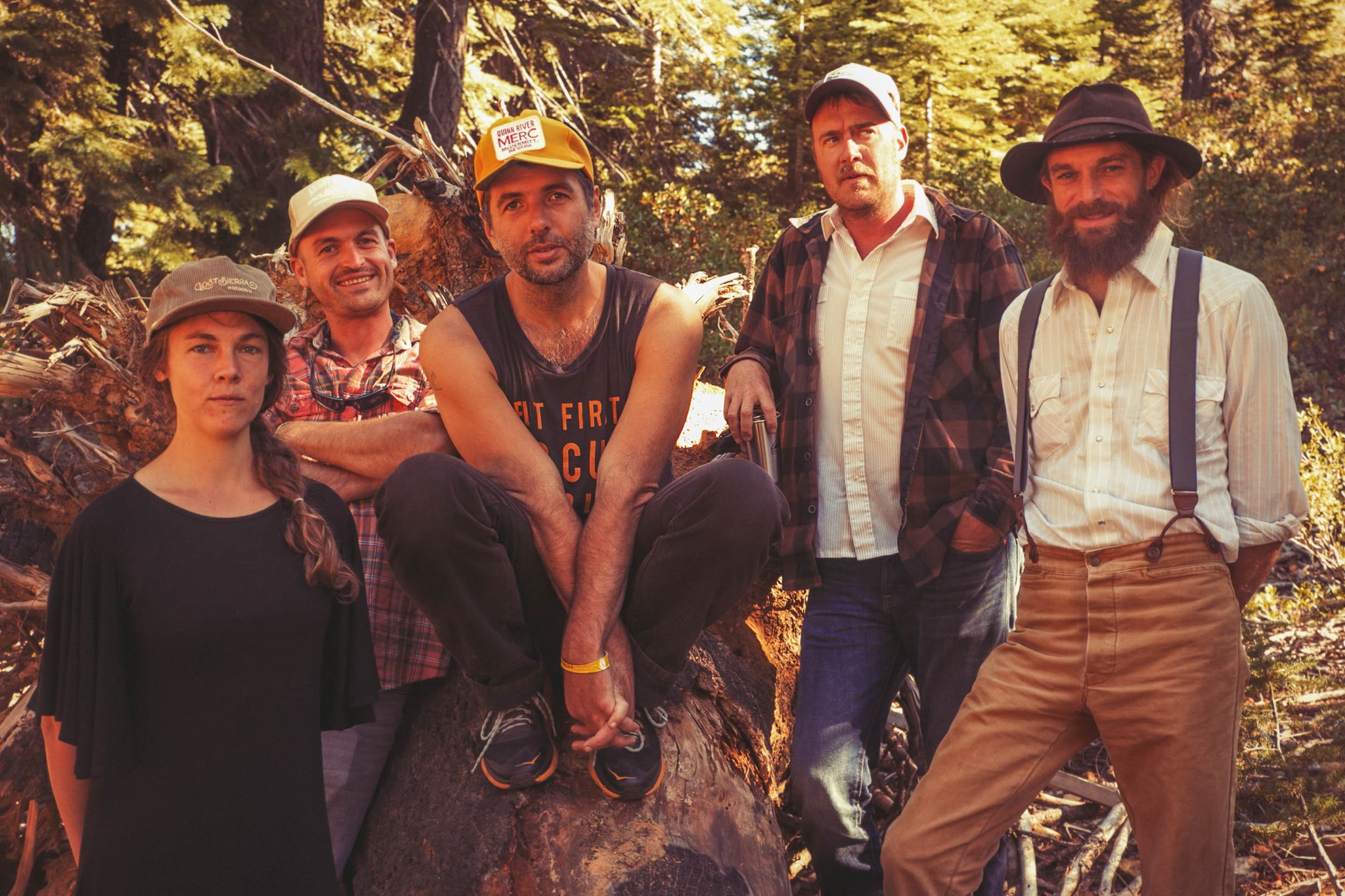 UPDATE: Due to the high likelihood of rain, The River Arkansas will move indoors, to Leon Memorial Hall, at 201 Richardson Avenue, at Adams State University on Sunday, August 21 at 6:00pm. Please note that food and drink are not allowed in Leon Hall, so there will be no food truck on site. Please bring a non-perishable item for the food drive to benefit the Alamosa Food Pantry.

Sundays at Six continues on August 21 with Americana & Rock from The River Arkansas. Check them out at https://www.theriverarkansas.com/. Can’t make it to the concert? Catch the show livestreaming on ALMA’s Facebook page: https://www.facebook.com/almalivemusic, or on ALMA’s YouTube channel: https://www.youtube.com/user/almaconcerts.

The River Arkansas is a band made up of some of the finest musicians on the Colorado front range.  Fronted by Mike Clark, the band delivers a mixture of heartfelt country, blues, folk, and Americana, inspired by the Arkansas River. The River Arkansas have hit their flow state. Their four-song EP, Waiting on the Rain, released in February 2022, encapsulates this spectacle. It was written, recorded, and produced by River Arkansas frontman Mike Clark in a reconstructed shed he fashioned into a music studio. The recordings manage to capture Clark’s natural ability to extend a friendly hand with tender delivery of lyrical encouragement sprinkled with notes of amusing humor. It may be low hanging fruit to compare The River Arkansas’s music to a river, but a band that delivers indie Americana and honky-tonk swing that erupts like turbulent rapids, curves into country calmness, and crashes smooth blues-rock upon the shore is deserving of the name sharing that sort of kindred power. Mike Clark (singer, songwriter) and Macon Terry (bass) formed The River Arkansas in 2014 after an impromptu studio session led to the release of their first album, Golden Light. The band picked up Robin Chestnut (drums) and Rachel Sliker (violin) for a month-long west coast tour that solidified the band’s friendship and led to their sophomore album, You Animal. As the band evolved from a more tender sound to heavier soulful country and blues-rock music, they added the talented Benjamin Gallagher on keys. His addition prompted the band to use 4-piece harmonies and more elaborate arrangements, and they released their third studio album, Any Kind of Weather, shortly before the world took a break due to health reasons. With the release of Waiting on the Rain, The River Arkansas demonstrates just how much they’ve mastered the steady flow of their sound.

New this summer: ALMA is partnering with RSVP (Retired & Senior Volunteer Program) of Alamosa County and the Food Bank Network of San Luis Valley by having a food drive at each Sundays at Six concert this summer, to benefit the Alamosa Food Pantry. All are invited to contribute a non-perishable item or two for this food drive. Look for the receptacles under the ALMA tent at each concert. Some ideas of much-needed items include: canned meat (tuna and chicken), peanut butter & other nut butters, low-sodium canned veggies & beans, healthy snacks (low-sugar granola bars, dried fruit, etc.), gluten free items, healthy canned or boxed meals (chili, etc.), shelf-stable milk and milk alternatives. Help us address food insecurity in Alamosa County!