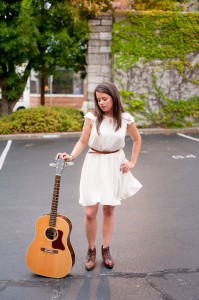 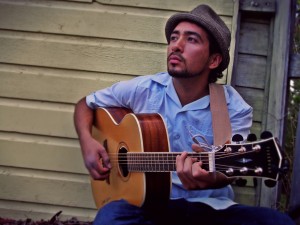 With influences as vast and wide as the San Luis Valley from where he originates, fifth generation Coloradan Antonio Lopez is a noteworthy artist in the state’s flourishing music community. Nashville-based recording artist Tyler James describes Antonio’s music as “raw and beautiful…two traits any young songwriter should strive for.” Garnering comparison to artists such as Amos Lee and Ryan Adams with his earthy-modern-folk, Antonio’s latest project consists of three EPs, each being recorded in a different locale with a different producer and set of musicians; Alamosa, CO where he grew up, Minneapolis, MN where he recorded his debut album, and on the front range where he now resides. The second installment in the series, Cloud 9000 Vol. 2: The Alamosa EP, was released in February of this year. Antonio Lopez’s tune Simple Life is the theme song for the Morning show on KRZA radio and he has collaborated with artists such as Don Conoscenti and Daniel Valdez.

Emily Robinson, who will be opening for Antonio, also released her debut album, “Mongolia Queen,” in February of this year. With a clear, sweet voice, Emily Scott Robinson will leave you breathless with songs that are both heart-wrenching and dark, playful and surprising. She writes with raw lyrical power and authenticity, enchanting audiences with an intimate performance every time. In May 2016, Emily won the Grassy Hill New Fold Competition at Kerrville Folk Festival. She also received an Honorable Mention in this year’s Troubadour Contest for the Telluride Bluegrass Festival. In 2015, she won first place in the “American Songwriter” May/June Lyric Contest, as well as Honorable Mention in the Rocky Mountain Folks Festival Songwriter Showcase. She is currently touring full time, living on the road with her husband in their RV, writing and performing across the Country.

ALMA “Builds Community through Quality Live Music.” For more information like ALMA on Facebook or go to www.almaonline.org.