The Haunted Windchimes’ sound draws from traditional folk and American roots music. The Windchimes headline the inaugural San Luis Valley Roots Festival, this Sat., June 16, at 7pm in the baseball field at Alamosa’s Cole Park..Their songs have a vintage quality, as if they might have been written yesterday or 75 years ago. Grounded in honeyed harmonies and spirited pickin’, they lie in a nowhere land between distinct styles: They’re not quite bluegrass or blues or country. Still, there are elements of all those in this music that paints pictures of empty train stations and nights of passing a jug of moonshine around.

It’s the vocal harmonies that really set them apart, a three-headed juggernaut of Desirae Garcia, (ukulele), Chela Lujan (banjo) and Inaiah Lujan (guitar). “When their voices blend, it is nothing short of beautiful,” writes Bill Reed of the Colorado Springs Gazette. The sound is often moody and melancholy, but it is always deeply affecting. That sound is embroidered by the instrumental mastery of Mike Clark (harmonica, guitar and mandolin) and the standup bass foundation of Sean Fanning. 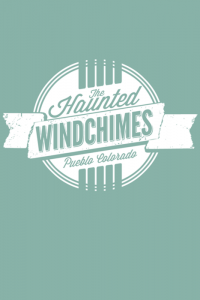 Earlier in their career, the Windchimes presented what Denver Post journalist Eryc Eyl called “a beautiful chamber pop sound.” However, with 2010’s “Honey Moonshine,” the band “perfected an old-timey hoedown sound, executed with passion and precision.”

The Lujans have family in the San Luis Valley, and they and the band have often visited the area.

Waitin’ on a Train by the Haunted Windchimes

The Roots Festival features the Latin rock of Sol Fire on Fri. evening, June 15, and various acts starting at noon Sat., June 16. Tickets for Fri. night only are $8 for Alamosa Live Music Association (ALMA) members, $10 general public. For Sat. only, tickets are $18 for ALMA members, $20 general public, and for Fri. and Sat., tickets are $24 for ALMA Members, $28 for non members. The concerts are scheduled to coordinate with the Rollin’ Deep Car Show, on Fathers’ Day, Sun., June 17, to give visitors a full weekend of events.

As of 10:45am, Saturday, June 16, on-line ticket sales are over. Please purchase your admission at the gate, at the southeast corner of the baseball field at Cole Park.