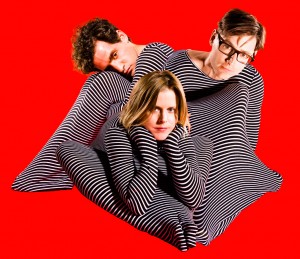 Traditional sailors’ songs from the days of wind-powered ocean travel might be a surprise to hear in a mountain valley at 7500 feet elevation, but Missincinatti are a band that delights in providing the unexpected with their unique take on sea shanties and other old-time music. They are sure to stimulate interest during their concert this Sun., Sept. 5 at 7pm in Adams State College’s Leon Memorial Hall, on Richardson Ave. near 2nd St. in Alamosa, CO, presented by the Alamosa Live Music Association (ALMA). Tickets are $5 forstudents, $10 for ALMA members, and $12 for the general public.

Missincinatti cultivates songs with roots in the pre-industrial era and branches that point to a variety of contemporary musical practices. Undiscovered wonders of the world, maritime ghosts, and work in the mines are brought to life through sonic retellings that dim the lights on old melodies, while allowing their inherent drama to emerge from the shadows. Through lo-fi sound design, improvisation, and harmonically rich instrumentals, Missincinatti creates new work from old in an act of sonic reuse and repurposing.

Inspired by storytellers, this trio uses history to illuminate the present – provoking thought, often poking fun at ourselves, and reminding us of a timewhen there were bare spots on the map of the world, when folks told tales of mystical creatures, and when history was cobbled together through the spoken word.

Jessica Catron grew up in the Black Hills of South Dakota, received her B.M. in cello performance from the University of New Mexico, earned an M.F.A. in cello performance and composition from the California Institute of the Arts, and is currently a cellist/vocalist/composer/educator living in the little village of Los Angeles. Her musical adventures include performing and recording with artists including Dave Matthews, Linda Ronstadt, Scott Weiland, Wilco, Devotchka, Spiritualized, Harold Budd, Pauline Oliveros, Nels Cline, Eleni Mandell, Sheila Nicholls, Emily Wells and Carla Bozulich. She has also been a member of Moira Smiley and VOCO, who greatly impressed an Alamosa audience with their show last spring.

When guitarist Jeremy Drake is not thinking about composting, urban farming or ways to subvert the current paradigm of habitual wasting, he performs with Missincinatti, the Living Sisters, and in various temporary and transient musical endeavors involving textural improvisation, finger-style ragtime guitar, female whistlers and, lost psych-pop heroes from the 1960s.

Missincinatti also has concerts scheduled in Taos on Sept. 7 and Santa Fe on Sept. 8.